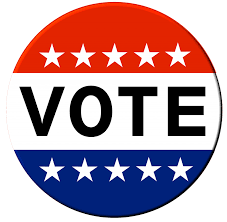 Dr. Mary Pfeiffer urges students to take action and, if they can, go out and vote.

While Neenah has always displayed a strong sense of community, a referendum proposed for the April 2 ballot entices the community to unite even closer.

The referendum seems long overdue according to N.J.S.D. Superintendent Dr. Mary Pfeiffer, who has been an active member of the district since 1998. Dr. Pfeiffer explains that the last referendum passed more than 20 years ago when the link connected the Conant and Armstrong buildings of NHS.

Now, significant changes are said to take place — requiring a sum of $129.5 million.

Although the sum stands as the fifth largest amount for any district in Wisconsin history, Dr. Pfeiffer explains that the community seems to be on board. Based on a survey released in October, 74 percent of respondents wanted the referendum to pass — and for good reasons.

Of the many changes that the referendum suggests, the main priorities are to update safety and security, further enforce the Americans with Disabilities Act, and build a new middle school for grades 7-8. Furthermore, extensive renovations will amp up the high school, including upgrades to the Tech Ed wing, art classrooms and an open learning space.

According to Mike Elkin, a Tech. Ed. teacher, the layout will hopefully replicate one found in the workplace to enforce learning.

“We want to create a learning experience as best we can. Although it won’t ever be perfect, we want kids to find their passion.”

Currently, students weave throughout the mangled hallways of the tech. wing as if they are in a maze. Because of the odd placement of the classrooms, the collaboration between students becomes difficult. Even the work areas within the classrooms are cramped, hindering student’s ability to learn and create.

If the referendum passes, however, Dr. Pfeiffer explains that the barriers between students and learning will fall to the ground. New life will be breathed into the school, allowing space to be opened up to allow students to work together. A modernized layout will be implemented, with additional equipment added as well as more windows to allow plenty of natural light to enter the building.

Because of these exciting changes, Dr. Pfeiffer urges students to take action and, if they can, go out and vote. She explains that while students may not realize it, their voice makes an incredible difference.

“Some people criticize students, but they are our future.”

The vote will take place on April 2; every student who can vote should make their voice heard.