Board of Education Approves $114.9 Million Referendum for April 2020 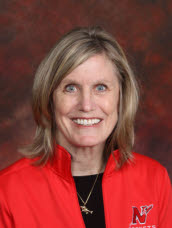 Supt. Dr. Mary Pfeiffer shares the results of a Board of Education unanimous vote.

Residents of the Neenah Joint School District will be asked to consider a $114.9 million referendum on April 7, 2020 to build a new high school.

The ballot resolution was approved at a Board of Education meeting on Dec. 17 by a unanimous vote of the nine-member board.

Along with a new high school, the ballot language also consists of safety and security upgrades throughout the District and a renovation of the existing high school to create an intermediate school for grades 5-6 and a middle school for grades 7-8. In the plan, the 92-year-old Shattuck Middle School would be closed and Horace Mann Middle School would become an elementary school. The annual estimated tax impact for a $100,000 property would be $99 per year for up to 20 years. The new high school would be located on 225 acres the District is in the process of purchasing along Winchester Road (County II) just west of Highway 41.

District voters narrowly rejected a $129.5 million referendum in April 2019 that would have replaced Shattuck with a grades 7-8 middle school, renovated the technology wing at the high school and made infrastructure, safety and security and Americans with Disabilities Act improvements throughout the District. The annual tax impact for last year’s referendum was $167 for a $100,000 property. The vote failed a final count of 6,654-6,156. It was Neenah’s first attempt at a facilities referendum since passing a referendum in 1994.

The plan for this year’s referendum was developed out of four community engagement sessions held throughout the summer. Nearly 300 people attended the sessions and provided feedback regarding six potential long-term master plan pathways. In a recent community survey, 66 percent of all respondents advised the District to pursue a referendum and 62 percent favored the new high school plan.

“We’re thankful to everyone in our community who provided feedback since the last referendum and helped develop this new plan,” Superintendent Dr. Mary Pfeiffer said. “This was truly a community effort and this referendum addresses pressing needs that will support students at every level in our District.”

The scope of the overall project is larger and the tax impact is lower, in part, because of a $47 million commitment by the District to borrow funds through its operating budget. The District had been spending $4.5 million over the past nine years to fund a previously unfunded employee benefits obligation that was negotiated in 2002. That obligation is now fully funded and would have cost District taxpayers about $10 million per year had it not been completed.