The Fight for a Wrestling Season 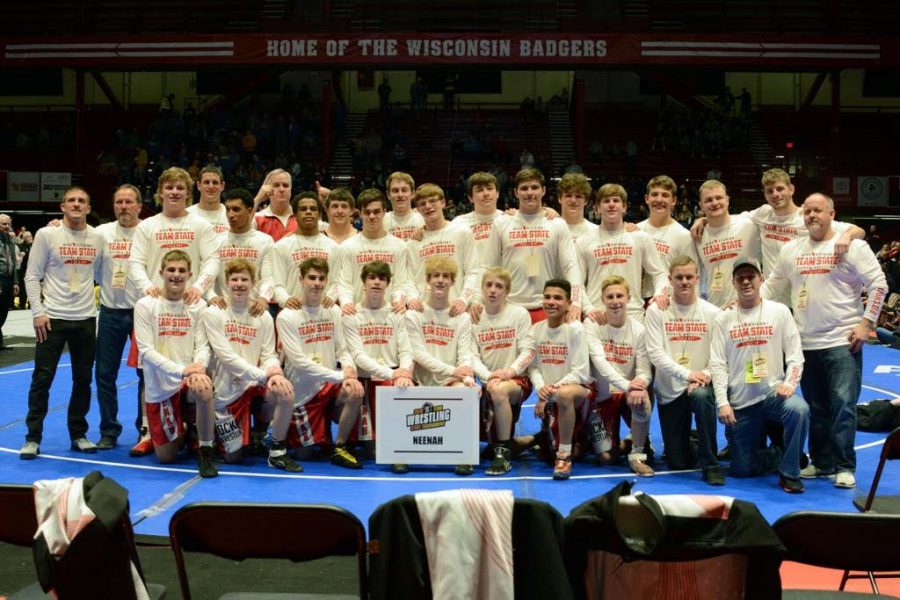 The COVID-19 pandemic has affected every single aspect of everyday life. NHS wrestling is no exception.

The Rocket Wrestling Factories assembly lines have come to a standstill.

Head Coach Kyle Kleuskens appointed Brian Piechocki to the case in October. His job is to present a case for having a season to the Neenah Wrestling Club Board. Piechocki’s son, Evan, a two-year team captain, believes firmly that the Rockets should have a season.

“The board should allow sports because it’s in the best interest of the kids emotionally, physically and mentally,” Brian Piechocki said.

His claim is supported by a study published in the Journal of Youth and Adolescence, which found that students who participated in team-based extracurricular activities reported positive mental health indicators, like a stronger sense of optimism, feelings of belonging and more satisfaction with life as reported by the University of British Columbia.

These positive effects are more important now than ever because of the detrimental effects the pandemic has had on people’s mental health.  Based on surveys conducted by the U.S. Centers for Disease Control and Prevention from June 24-30, Americans reported struggling with anxiety at triple the rate and depression at quadruple the rate than the same time last year. This team is like a family, and losing this family during dire times would be detrimental to their mental health.

Brian Piechocki argues that this is why wrestling must happen this year with some alterations.

The new normal for wrestling, especially at practice, will look different. In an article titled “Consideration for Youth Sports,” the CDC recommends focusing on individual skill-building versus competition and shortening the time players spend close to others by playing full contact only in game-time situations. Limiting time, limiting contact and limiting other teams will all add up to stopping the spread of the disease. Additionally, they advise shorting the season and limiting play to teams from the local area.

With over 250 wrestling families in the community supporting his case, Piechocki has already given his presentation digitally through Zoom to the board on Nov. 3. The board will give its final decision at its next meeting on Nov. 17.