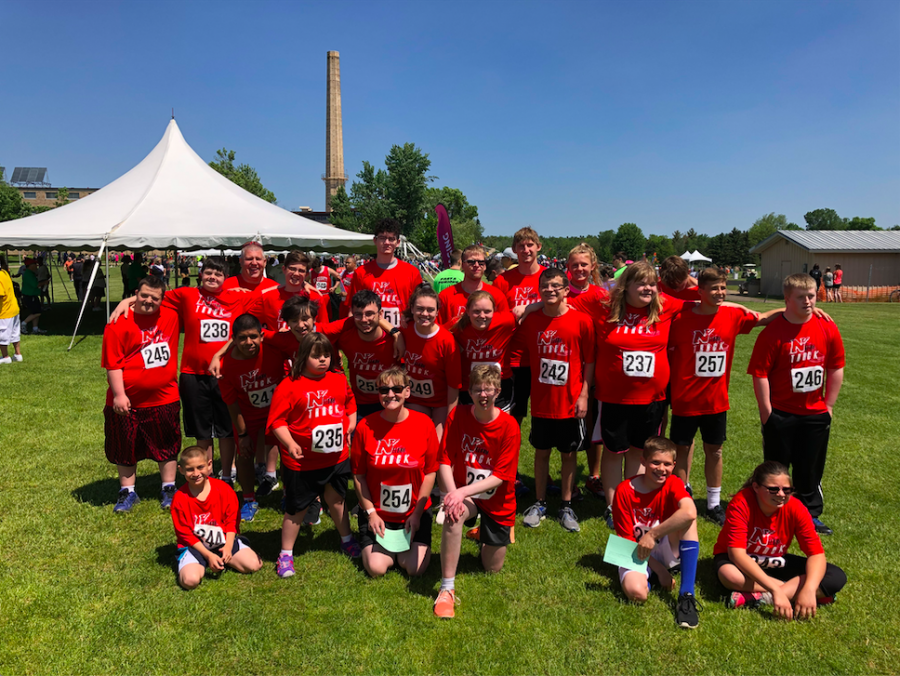 Recognition from ESPN in early October makes NHS the first school in Wisconsin to be recognized for its Special Olympics program.

“I love the olympics; it’s really fun. I love playing,” sophomore Alicia Langlois, a member of Special Olympics since eighth grade, said  joyfully as her face illustrates enthusiasm toward the program.

Special Olympics, a national organization, gives the opportunity for kids and adults with intellectual disabilities to be involved in sports and clubs.

To be an official Special Olympics athlete, one must be 8 years old; kids 2 to 7 years old can take part in a program called Young Athletes where they are introduced to basic sports.

Coach Chad Oeftger started in the mid ’90s as a volunteer for Special Olympics and in 2012 got hired at NHS as the adviser for Neenah schools. Neenah’s Special Olympics agency is solely for kids in school, but two years ago Oeftger started an adult agency giving the opportunity for athletes to still participate even after they graduate high school.

In 2015, NHS became a Unified Champion School — a school that receives funding from Special Olympics to hold social events and play sports — and ever since then, it has called students to join as it continues to expand.

Unified sports where for activities such as track, relay teams would consist of two athletes and two peers.
Youth leadership which at NHS is extracurriculars such as Reach for the Stars and Project Unify where highschoolers are involved and hang out with members of Special Olympics.
School wide engagement for things like the Phase 2 basketball game that takes place each year.
Sustainability meaning the program will continue to flourish for years to come.

NHS is being recognized for its efforts of making students with intellectual disabilities feel welcome and included.

“It’s not just my award. I feel like it’s an award where everyone should be recognized, administrators, teachers, parents, students, everybody. It’s basically an award for the whole city of Neenah because everyone here in Neenah works so hard to be an inclusive city and school,” Oeftger said.

To read the article by ESPN click here: www.espn.com/specialolympics/story/_/id/30022536/espn-recognizes-special-olympics-unified-champion-schools-efforts-include-students-disabilities