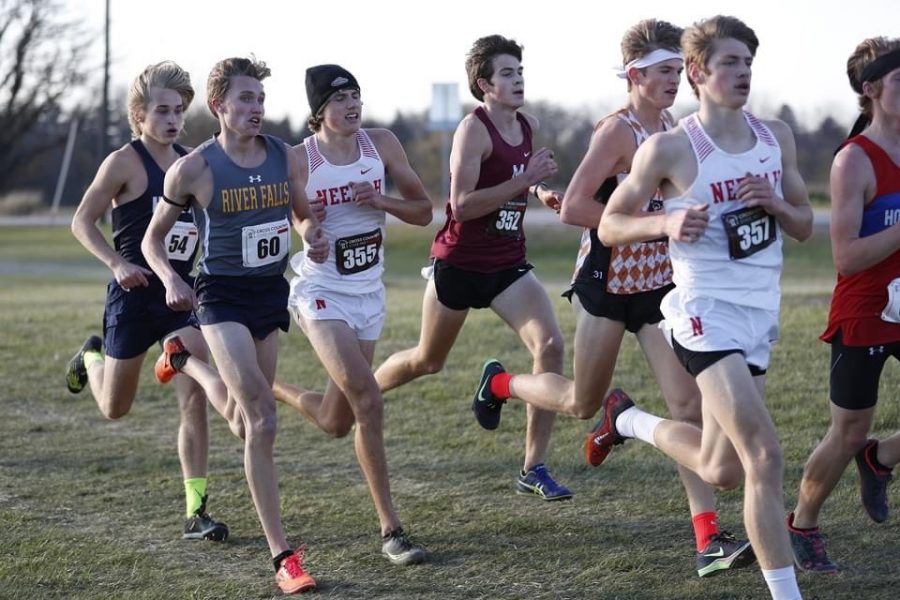 The fate of hundreds of NHS athlete’s fall sports seasons laid in the hands of coaches and administratation this fall as they were left to make impossible decisions.

Neenah’s teams were initially starting on the aforementioned dates, but things quickly took a turn for the worse. Before they even played a match, boys’ soccer and volleyball were canceled. Following suit, girls’ tennis and swimming were canceled as well. Comparable with Republicans in the 2020 election, football fans remained hopeful to the end, but the FVA announced the season would be delayed until March next year with practice beginning on Monday, March 8, and the first games on the 24th.

“We definitely had our ups and downs throughout the season,” junior Bella Wilgreen said. Wilgreen highlighted the struggles for underclassmen who had never participated in a golf match before. Despite the struggles, they were able to send six golfers to regionals, two of whom, Emma Buss and Annabelle Hodges, qualified for sectionals.

Although the season looked different, team captain Elliana King said that she is thankful to even have the opportunity to run and compete. After winning its subsectional meet, Neenah scored 85 points at the WIAA Division 1 Hortonville sectional meet earning them third place leaving them one spot out away from state; however, the future is bright: Neenah’s top three runners from the sectional meet, freshmen Lexi Dorner and Rachel Dietrich, and junior Hadley Hawkinson will all be returning.

Along with the girls’ team, everyone was gracious for the chance to run, but “If you had asked me three months ago if we were going to have a state championship or not, I would have told you no way,” team captain Trenton Bauer said. After a strange year featuring a conference including a hodgepodge of teams including Green Bay Notre Dame, Two Rivers, etc., the teammates ran their hearts out.

Bauer said that he is optimistic for the future of the team, and he could not be more proud of them.

The athletes who were given a chance to compete were grateful for the opportunity, and their efforts and results certainly made NHS proud.