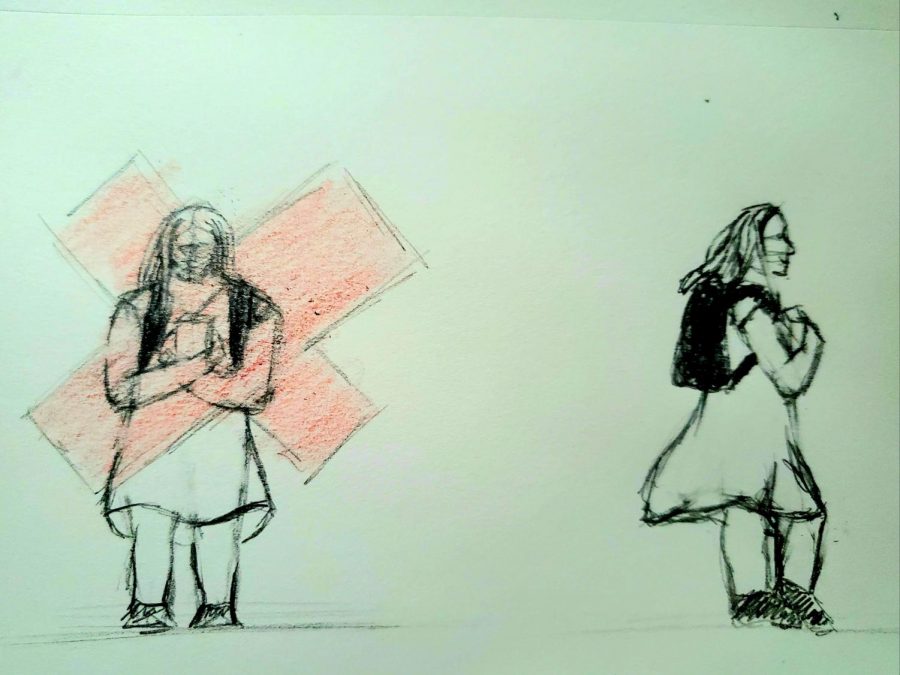 As a student, while at NHS, Shattuck and Horace Mann, I have seen people dress coded for impracticable issues and ruthless rules later deemed pointless. Dress codes are rules that limit how a person may appear in a professional setting, often limiting the appearance of hair, makeup, piercings, tattoos and clothing. H. F. Carey writes in an article Dress Codes, “Dress codes are typically implemented by school districts and employers to promote learning, safety, and image.” Though they are most often applied in school and workplace, they can also be applied in parties and other events.

Many dress codes are discriminatory and in need of repair or termination.

Many critics claim that dress codes are made to promote a professional image and protect employees; I will not deny that. However, these people are either purposefully denying or simply unaware of the discrimination inherent in many dress codes.

For example, Dress Codes denies that requiring different hair lengths for men and women is discriminatory because in Harper v. Blockbuster Entertainment (11th Cir., 1998), a Supreme Court case, which decided it was constitutional despite the fact that Gender Discrimination at Work includes being held at different standards then coworkers of a different gender. What is more, that requirement of different hair length for different genders discriminates implicitly against people of certain races, cultures and religions.

In fact, Barret talks about how many dress codes are discriminatory against those who are not white males in the article When School Dress Codes Discriminate: “(Many dress codes are) targeting styles of clothing that are mostly associated with a particular minority group.” Many dress codes ban things like loose clothing or sagging clothing, while not in a setting where that would be dangerous or unprofessional; braids as a whole, often targeting black women; and hats and head coverings, which can severely affect several religious and racial groups including, but not limited to black people, Jewish people and Muslims.

Dier states in an interview, that while she has not been dress coded, she has seen others how have been for having a shirt being judged as too low without the definition of what too low is. Often the definition of ‘too low’ is left vague and up to interpretation, which leads to vastly varying standards of dress, even within the same school or workplace.  While I will of course admit not all dress codes are like that: I will not fault a law firm for having lawyers wear suits nor a factory for prohibiting loose clothing and hair, I will fault those that enforce dress codes unfairly.

There is only one real solution for continuing discriminatory dress codes: deconstruction and reconstruction. I have no doubt that most dress codes have some parts that they need, this is why we will deconstruct: What is its purpose? Does it affect one group of people in an unfair way? Have these rules been supported by people with different identities? Will this put an unfair burden on workers/students and their families? Then reconstruct, taking only what is truly needed. To end discrimination as a whole, we need not only to progress the people, but also the institutions we live in.