Review: Why The Big Bang Theory is the Best Sitcom 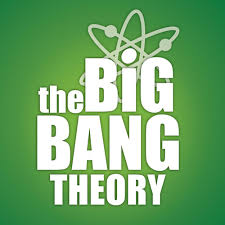 This iconic line is said by Sheldon over 60 times throughout the 280 episodes according to a Big Bang Theory Fandom article.The Big Bang Theory first hit American’s screens on Sept. 24, 2007. The show is centered around physicists Sheldon and Leonard, whose lives are forever  changed when Penny, a cute waitress and aspiring actress, moved into the apartment across from theirs. The group also includes Howard, a Jewish engineer who lives with his mother, and his best friend and astrophysicist Raj. The show was different compared with other shows that were popular at the time: The characters in the Big Bang Theory are the type of people the Friends cast would make fun of. Before the prominence of the Marvel film franchise, before the return of Star Wars movies, and before superhero TV series took over the CW with shows like The Flash and Green Arrow, The Big Bang Theory was telling stories about four men with careers at CalTech, who frequently sat around the living table playing Settlers of Catan. However, Americans certainly loved the change of pace as of the first five seasons only one received a score below 89 percent on the tomatometer according to a rottentomatoes.com article.

The three most vital components that make a good tv show to me are relatable characters, funny/memorable moments, and a quality on-going plot. The Big Bang Theory hits all three of these on the spot.

There is a character for everyone in this show. Dr. Sheldon Cooper is a ( as he describes himself) “once in a generation mind” who grew up in eastern Texas where he started writing academic papers at the age of 5 and started high school at the age of nine. Although, over time his character slowly develops from the brainiac, germaphobe and antisocial person into a loving boyfriend and a more social person making him a better friend; however, he never quite gets sarcasm down 100 percent.

Dr. Leonard Hofstadter is Sheldon’s  roommate, best friend and colleague. His character is defined by his emotional trauma caused by his mother who despite his best efforts, was never able to please throughout his entire life. Viewers connect to Lenoard as he fits the “good guy” stereotype who could never get the girl, but things eventually turn around for him when Penny gives him a chance.

An aspiring, but mostly unsuccessful actress, Penny was born on a farm near Omaha, Neb., and worked at The Cheesecake Factory as a waitress. Penny is initially portrayed as the dumb blonde who has only gotten by on her looks; however, by the end of the show she is proved to be one of the most street smart characters, which leads her to making more money then any of her higher educated friends. Additionally her and Leonard’s love story is a constant rollercoaster with each of them making mistakes, but the end is nothing short of perfect.

These are only a few of the many regulars characters that are featured on the show but rest assured that whether you are a woman, person-of-color, or etc. — there is someone with whom one can relate to in more than one way.

With as many great characters as there are, it is inevitable that there would be many hilarious moments.

Sheldon has plenty of moments but my favorite comes from one of his earliest interactions with a woman. Sheldon and Raj meet two girls at a work party and Raj asks them back to Sheldon’s apartment. Once there, Sheldon excuses himself saying it’s “bedtime” as Raj and one of the girls begin to kiss. The other girl, presumably expecting something similar, knocks on Sheldon’s door. He opens the door dressed in his flannel pajamas holding his glowing replica green lantern. She asks if she can come in  to which he says of course and let’s her in. He then walks out, closing the door behind him, and then walks to Leonard’s rooms to sleep.

Another one of the most memorable moments comes after Bernadette finds out about Howard’s past bachelor life weeks before their wedding date. She thought she knew everything about his past sex life and thought Howard was an innocent, momma’s boy, so when she found out about his history with prostitutes she was considering ending things. This leads us to Howard’s best moment of the show. He leaves a message with Penny saying  “the guy who she’s disgusted by is the guy I’m disgusted by too but that guy doesn’t exist anymore he’s gone. The reason is because of her . . . if this relationship is over let her know she made me a better man and tell her thank you.” Bernadette ends up hearing the heartwarming apology and forgiveness Howard.

It is moments like these that make the show memorable and there are plenty more than these two.

In conjunction with the aforementioned character and moments, the show is rounded off with an amazing continuous arc. Every single character from Staurt, the guy from the comic book store, to Zac, one of Penny’s exes, is developed over multiple seasons. Furthermore, the core cast goes through immeasurable change maturing into a much happier and maturer group over the 12 seasons. I do not want to spoil the end, but the final episode “Stockholm Syndrome” does have  a 9.6 star rating after over 7,100 reviews according to an IMDb article.

To get another perspective I asked my friend and fellow NHS senior Nolan Welter about his thoughts. Nolan, who’s seen all 280 episodes more than once and considers himself a diehard fan, said that what he loved most about the show was that never ending nature from episode-to-episode. He explained how no episode is the same and there is always something new going on. “Most shows usually have some filler or struggle to keep my attention the whole time, but there is never a dull moment in The Big Bang Theory,” he said.

Despite the overwhelming majority of reviews being positive,there are still some negative critics. In an article titled “The Big Bang Theory Was a Pop-Culture Black Hole” Kathryn VanArendonk lays out her critiques of the show which center around the ideas that since the show has not affected our culture at all but compares it to a blackhole saying: “It sucks in pop culture, but the show was never reflected back any of the light its absorbed.” She goes on to say how they refused to mention controversy surrounding a Star Wars film.

While I can agree with her that The Big Bang Theory was not as culturally influential as a show like Game of Thrones, I believe that is not what it was made to be. It was made for families to sit down and have a laugh with a ragtag group of friends. It was made for people to be able to invest in its characters who they got to know over the years. As for her last point, viewers do not fault a show like That ’70s Show  for not talking about racism then why fault The Big Bang Theory for not mentioning a controversy surrounding a Star Wars movie: It’s simply not its place.

Viewers should watch The Big Bang Theory because it is the best sitcom out there. It features many relatable characters, endless memorable and hilarious moments, and an unforgettable on-going story. The Big Bang Theory can be watched on HBO Max and Hulu with a subscription or purchased through YouTube.