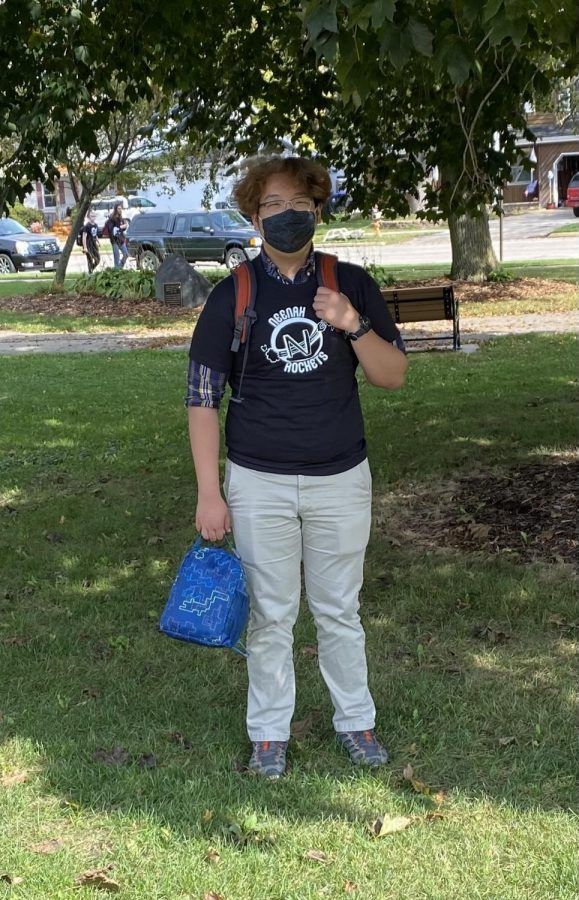 Eric Lee is a hard-working, focused young man more interested in a full schedule than having free time.

A NHS senior starts out for 20 hours of work after only 4 hours of sleep. Eric Lee is a hard-working, focused young man more interested in a full schedule than having free time.

Every morning, Eric wakes up around seven o’clock and steps into the cool shock of the morning before heading to school; AP classes and Launch responsibilities filling his day, he often stays late after school for band and orchestra.

Or, he heads to work.

Getting home around 9 o’clock either way, the worker bee takes an hour to eat, relax and spend time with his young sister before beginning his homework, rarely falling asleep before 3 in the morning.

“I think that my schedule will be acceptable. Now that I’m done with my QuestBridge essays, I should have a more acceptable schedule. September has been… rough.”

Eric anticipates quitting his job before any of his other extracurricular activities, even though he considers work much more socially-based than his other commitments.

If anything, he wishes to tell his past self to take a couple of easier classes, after being two years ahead in mathematics since elementary school and taking the advanced version of every subject for as long as he can remember.

Eric is instilled with a belief that time spent productively is more valuable than time spent for personal enjoyment, dedicating his life so fully to this belief that he gets less than half of the hours of sleep recommended for his age group to achieve it.

He realizes that he tries to mask his unhappiness by forcing himself to be too busy to notice how busy he truly is, but does not know if he can stop.

Eric is certainly not the only teenager living this stressful life — in a time of his life where learning a proper work/life balance is key to a healthy future. He is hardly an exception.