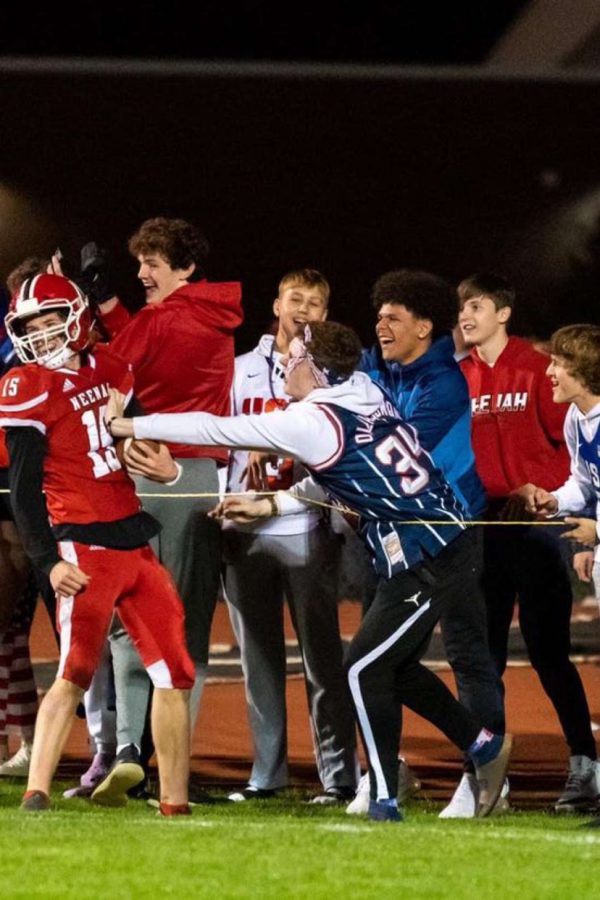 Matt Jung entered high school as an ordinary football player. Committed to hard work and being the best, he grew stronger both physically and mentally — eventually resulting in him becoming NHS’s star quarterback.

With his senior year underway, Jung has chosen to attend college at Mankato State in Minnesota where he will begin a new career as a college athlete. With his experience in high school, Jung hopes to climb the ladder of college football once again and grow stronger as a player just as he did later at Neenah.

Obtaining a scholarship for any college is an astounding feat as is, but with how popular sports such as football are, achieving a scholarship becomes an even higher summit to reach. Jung’s scholarship is a testament to the hard work that he’s put in throughout high school and shows that he will continue to reach higher and higher.

With only 9 percent of high school football players going to play in college on average according to scholarshipstats, the chances of any player are already dramatically low. Jung shared that as he worked harder and progressed as an athlete, his goals became higher and he reached for a scholarship. Jung’s work ethic not only led him to his prospective future for college sports but also serves as evidence to the fact that he will once again climb to the top in a new world of sports.

Answering questions with a high level of humility, Jung showed that he has the maturity to move onto college and continue to play. According to an article from newswise sourced from Baylor University, top athletes commonly show a level of humility, which is vital to their success. Jung’s personality radiates the same energy that was described of these athletes never thinking of himself as above anyone else.

In the fall of ‘22, Jung will begin college at Minnesota State University in Mankato with big dreams and the tenacity to reach the top.