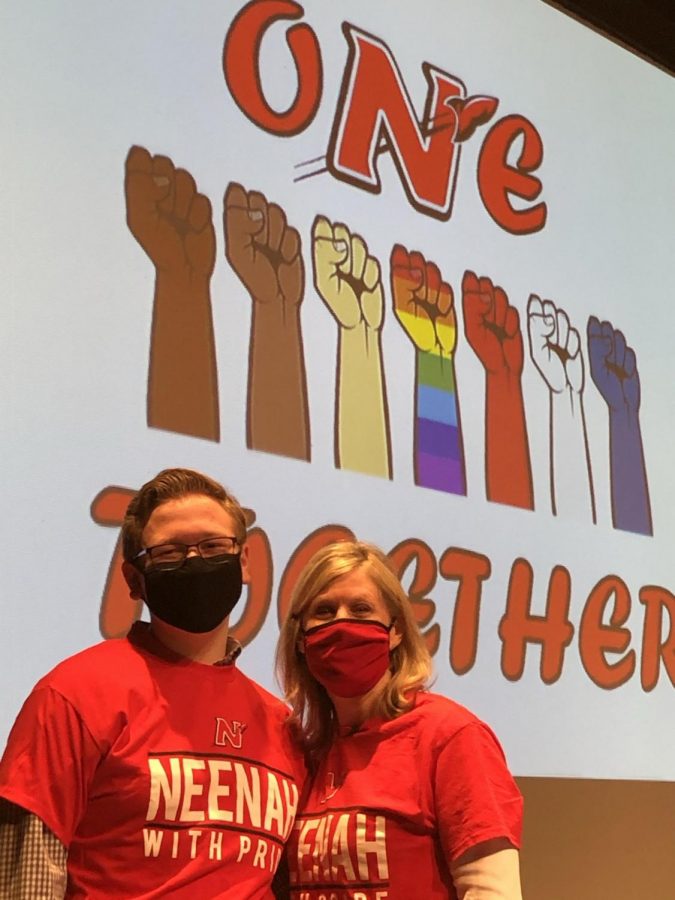 Four words: “A love for learning.”

That is how one junior describes his academic and extracurricular journey in Sources of Strength, leader of a Leukemia fundraiser, the musical, Act II, the forensics team, the debate team, National Honor Society, student representative to the Board of Education, and a potential full-ride scholarship to Yale.

According to the Yale University’s posted admission rate, only 6.3 percent of freshmen applicants are accepted. By his sophomore year of high school, Parker De Deker is offered a seat to study political science on the possibility of a full-tuition scholarship. An accomplished member of the NHS debate team, De Deker’s proficiency in public speaking places him as a semi-finalist in the Wisconsin Forensics Coaches’ Association state tournament, a quarter-finalist in the National Speech and Debate Association tournament, and places him 63rd out of 360 students competing in the national Congressional Debate — a mock political debate featuring students from across the country.

In the spring of his sophomore year, De Deker’s prowess in the debate team draws the attention of Yale.

“Yale has always been a dream school for me since I was younger, and that was something that I always wanted to pursue.”

At the 2020 National Student Leadership conference in Washington D.C, De Deker connects with a political science professor from Yale. After expressing much interest in both studying and debating for the university, De Deker receives a letter of guaranteed acceptance the following August. A potential full-tuition grant from the Yale Legacy Scholarship is also advertised, but is dependent upon De Deker’s future placements in debate. The offer requires two top 10 national-level placements in NSDA debate tournaments, an ACT score of at least 33, and a GPA of at least 3.90.

Despite these rigorous requirements, De Deker is undeterred in his pursuit of attending his dream college. He continues his involvement in debate and forensics as he seeks to meet his goal of national placements. In addition to his competitive public speaking commitments, De Deker is also student representative to the Board of Education. Leadership positions such as representing the student body have allowed De Deker to cultivate his love for political policy and his communication skills, “whether it was speaking extemporaneously on political issues, or doing a formal speech on Gerrymandering or doing a poetry piece featuring essential workers.”

Since his appointment as student representative, De Deker has been a member of the Neenah Congress Debate team, and featured as a moderator in a town hall debate between state assembly candidates Rachel Carbal-Guvara and Dan Schierl. In the fall of 2023, De Deker looks to double major in political science and political economics, with a double minor in Spanish and public communication.