Review: The Importance of Being Earnest Marks Return to Normalcy in a Comedic Fashion 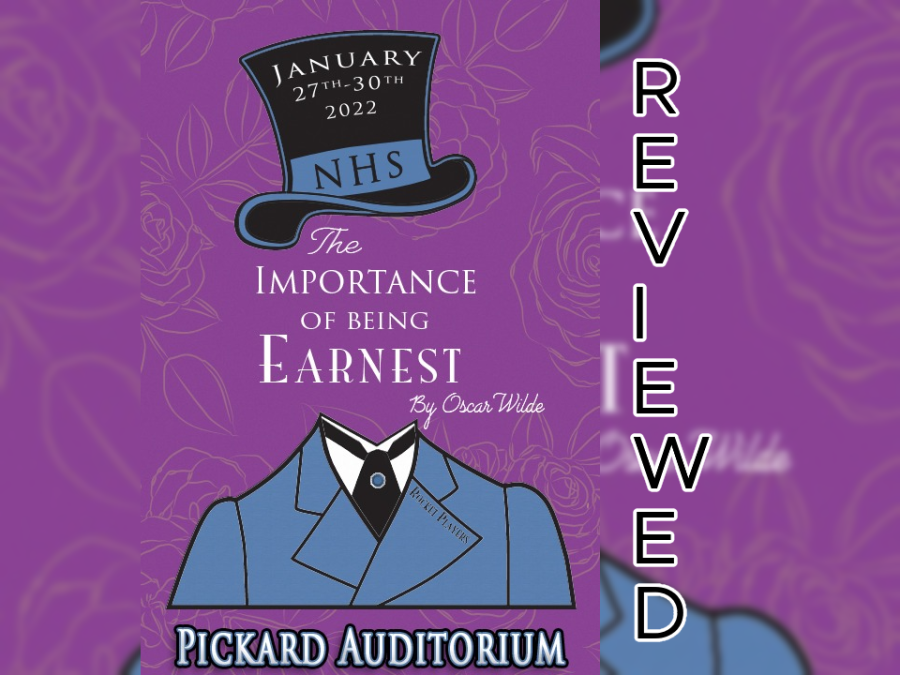 About two years ago to this day, I wrote about Drama Club’s then-recent production, The Secret in the Wings.  In the crazy span of time since this event, the world has experienced many unforeseen events, as alluded to in this new show program’s own opening remarks.  Once putting the future of the entire drama industry in question, the global situation has now softened to the point where enjoying a school play in a crowded setting is now possible, establishing a sense of normalcy for everyone involved.

And I have got to say, it all looks strikingly similar to what I experienced during the previous “era” of what most people consider normal.  Once again, the entire seating arrangement was stacked into the stage itself, allowing every audience member a close-up view of the cast – enough to clearly see things like dust and saliva bouncing off the actors.  Though masks were required for audience members, the actors did away with them, which, along with other points of interest, significantly immersed me into the story.

Taking place throughout England at the late tip of the 19th century, The Importance of Being Earnest chronicles the (mis)adventures of two men who don the name “Earnest” to win the attraction of their two love interests, who seemingly overlook any and all personal qualities besides the aforementioned name.  Entangling the stories and desires of many people, as well as providing for situations of both hilarious comedy and downright embarrassment, these two men soon find they are much closer than they think.

Without spoiling too much, I can say that I (and everyone else I talked to) liked what the Drama Club had to offer in terms of this production.  While I was not highly enticed by this script’s sense of humor, the rest of the audience seemed to be laughing consistently throughout many parts of the play.  As this was not a musical, the dialogue content of the play played a correspondingly bigger role, and in this regard, I would say it succeeded in submerging the viewer into the culture and styles of 19th century England.  Every actor on the show spoke with their own British-style accents, and even the lexicon itself carried a relevant tone, with many of the actors employing certain “big-sounding” words, which even I do not know the definition of.

Just as my ears were entertained by the dialogue, my eyes, too, were stimulated by the flamboyant dress work and detailed set design.  Usage of set objects such as doors, chairs and even a swing added to the realism of the play, and this was complemented through the introduction of other props, with one scene involving a cast member throwing mini muffins at another.  I do not know how hard it is to design and wear the kind of threads that these actors were wearing, but I can clearly see it was not easy.

To sum it all up, this is indeed a play I would recommend, and that opinion was virtually unanimous among the entire audience who still had excited and gleeful looks as they were walking out the door afterwards.  With all things considered, I am happy to say that I see this play as a big sign of the global return to normalcy, and a return of the great quality and production values we have come to expect from our Drama Club.  Barring any global escalations, I hope they can continue producing more of this great content for public audiences.

Ah, but if there is only one thing they could improve, I wish they had a coat hanger somewhere nearby.

The Importance of Being Earnest opened at Pickard Auditorium at 7 p.m. on Jan. 27, and will run at the same time on Friday and Saturday, then at 2 p.m. on Sunday.  Admission is $10 for adults and $8 for students and senior citizens.