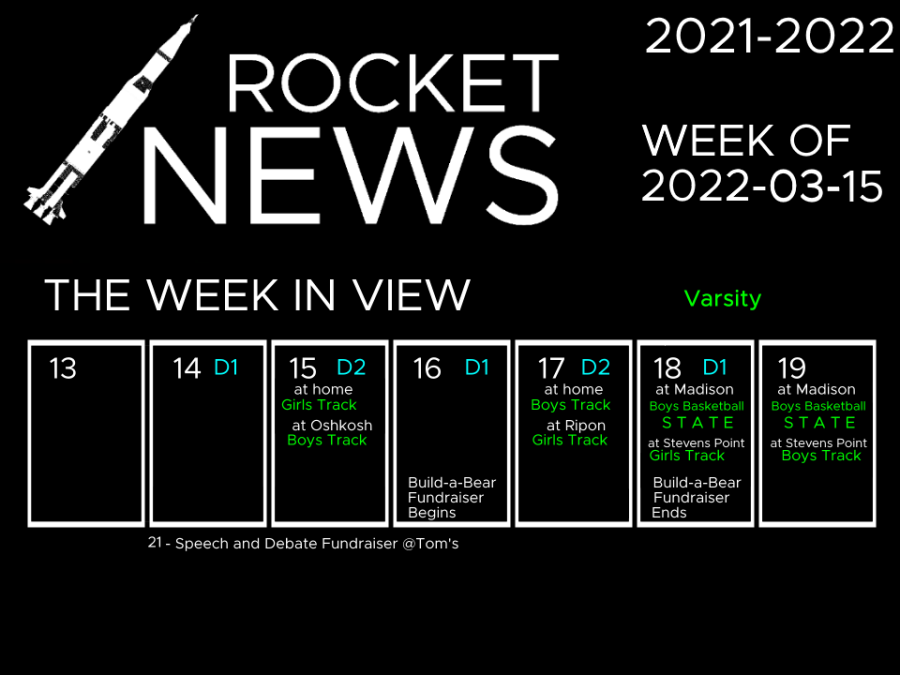 Items covered in this week’s video:
Announcement Screens
Now you can see our videos and the news surrounding them on the occasionally-turned-off announcement screens throughout Armstrong. If you own a club and you want to have an ad on them, email me.

Film Club Advertisement
Ever wanted to make movies with your friends at school once or twice a week? The newly christened Filmmaking Club does just that. They meet every Wednesday after school in room 122, and no prior experience is required. You can act, direct, write scripts, or do whatever you want with regards to making short films and movies.

Speech and Debate Fundraiser
Eight of Neenah’s debaters have qualified to go to May’s NCFL tournaments in Washington, D.C. But this entails a great expense on the poor debater, so they will be hosting a fundraiser at Tom’s on Commercial Street next week Monday (the 21st) to help ease the cost.

Sports
Boys Basketball narrowly hooped through their sectional championships, beating Kimberky 66-63 and Eau Claire 62-47 and thus moving onto the State tournament. Also, two juniors discuss being on the boys’ tennis team, the last of the spring sports to be advertised here.

Build a Bear Fundraiser
A sophomore will be selling hand-painted tote bags this week at Door 3 to raise money for a charity that will gift Build-a-Bear toys to children in mental hospitals.

Weather
Big variations in the daily high, but no precipitation.