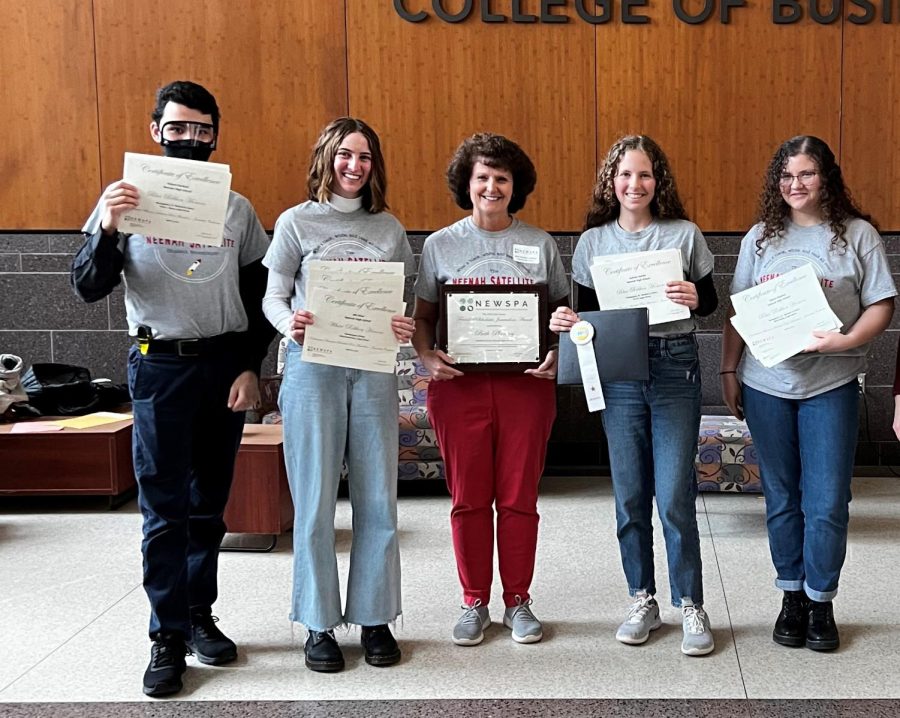 For the first time in the past three years, members of the Satellite student newspaper and those of neighboring schools in Northeastern Wisconsin attended an in-person journalism education conference at the University of Wisconsin in Oshkosh.  The event took place on April 13, and it involved a series of lectures hosted by expert journalism educators offering advice on how to produce a better publication, followed by an awards ceremony showcasing the best in student journalist talent.

Satellite adviser, Mrs. Plankey, said that she welcomed the opportunity to learn as a staff and receive feedback from Northeastern Wisconsin Scholastic Press Association (NEWSPA) judges.

The staff dominated “Blue Ribbon Honors” or first place in accord with their respective categories within writing, photography, video and design.

With that comes the traditional end of the Satellite’s formal operations.

Plankey wanted to express her gratitude for seniors Ashlyn Jacobs, Abi Wise and Lauren Sturgell for their dedication and leadership  to the current staff who have been with the paper since their freshman year.   NEWSPA marks an end to their efforts as editors; it also sparked the announcement of Elaina Plankey as editor-in-chief for 2023.