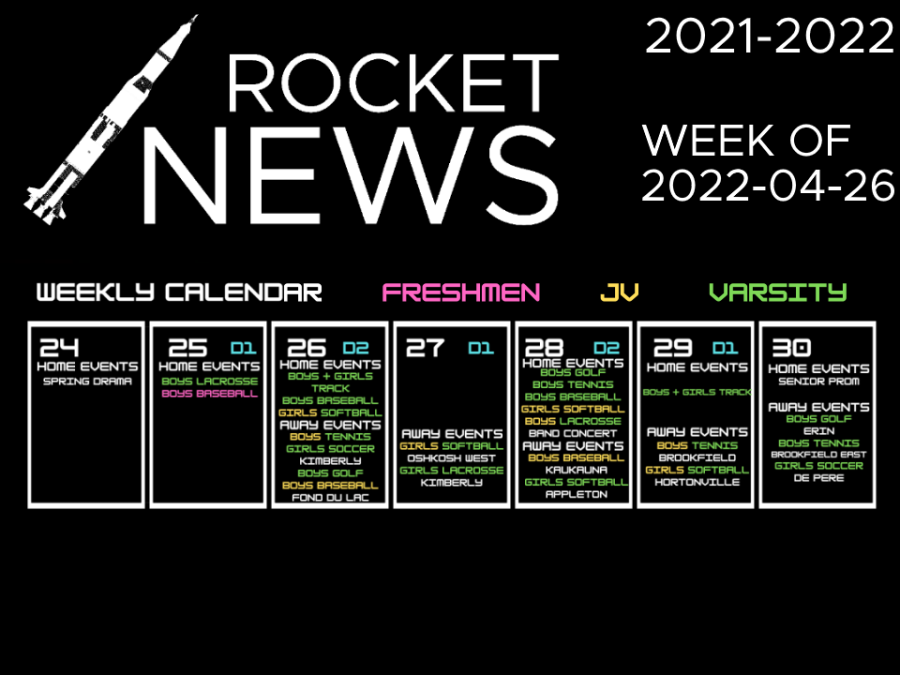 Items covered in this week’s video:

Puffs
Becoming the first play in anyone’s memory to sell out all four nights that it premiered, Puffs delighted audience and crew members alike.
Eco Club
They put together a fundraiser where they raised several hundred dollars by selling chocolate “dirt cups” last week at the front door.
Sports
Mixed results from the ball games, but LaCrosse finally wins.
Prom Announcement
Info regarding the logistics and what seniors need to know to attend prom.
VAC Announcement
Sign up to compete in a statewide art competition by attending an AACP meeting this Thursday.
Band Concert
Also on Thursday, all of the school band groups join to play a concert together.
Weather
More unseasonably cold temperatures which might get a little better during the week.